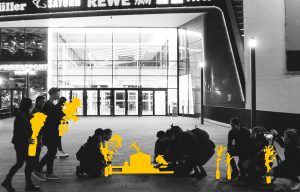 The places we forgot to go

The Spinning Jenny symbolises the start of the Industrial revolution. The unSpinning Jenny follows the development of the first industrial machines to the current state of Industry 4.0 and speculates about the future of technical professions and education. Looking at the replacement of human labour through automised   processes, the project thinks about a concious relation between man and machine and how we develop speculations of machine-integrated environments and how we define work. (more…)

Since 2016s destructive earthquake in Kumamoto most of the inhabitants lost their homes and alternatively had to move into small, unpersonal, container-like housing facilities.
Until the reconstruction of the houses would be finished, Kumamotos‘ city council decided to build a small Community Hall in this area, in order to give those people a further space to stay and the opportunity to hold events. Student groups from the Kyushu University Urban Planning Department were asked to create an approachable but functional low-budget design on a specific site. (more…)

Once a year Berlin Voguing Out celebrates the best Voguing dancers by organizing a ball. In several categories beautiful people from around  the globe present their dancing and posing skills. For the „Incrediball“ the outstanding winners were awarded with glamourous, handmade Trophies. (more…) 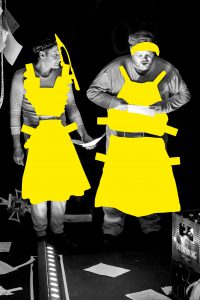 Each month „Staatstheater Karlsruhe“ gives HFG Karlsruhe students the opportunity to create the stage setting for a dramatic reading of a play, mostly written by a more or less unknown author. „Der Marienthaler Dachs“ written by Ulf Schmidt was a szenographic and performative challenge. Low budget, too many settings, too little amount of actors and the writers idea letting scenes play simultaneously, so that the audience could not see all the play at once but had to choose which scene each of them would like to watch (such as in the real world, where you don’t have the overview of all economic issues) or the people who had change the roles made the stage end up in an open, installative space and an scenaric experiment (more…) 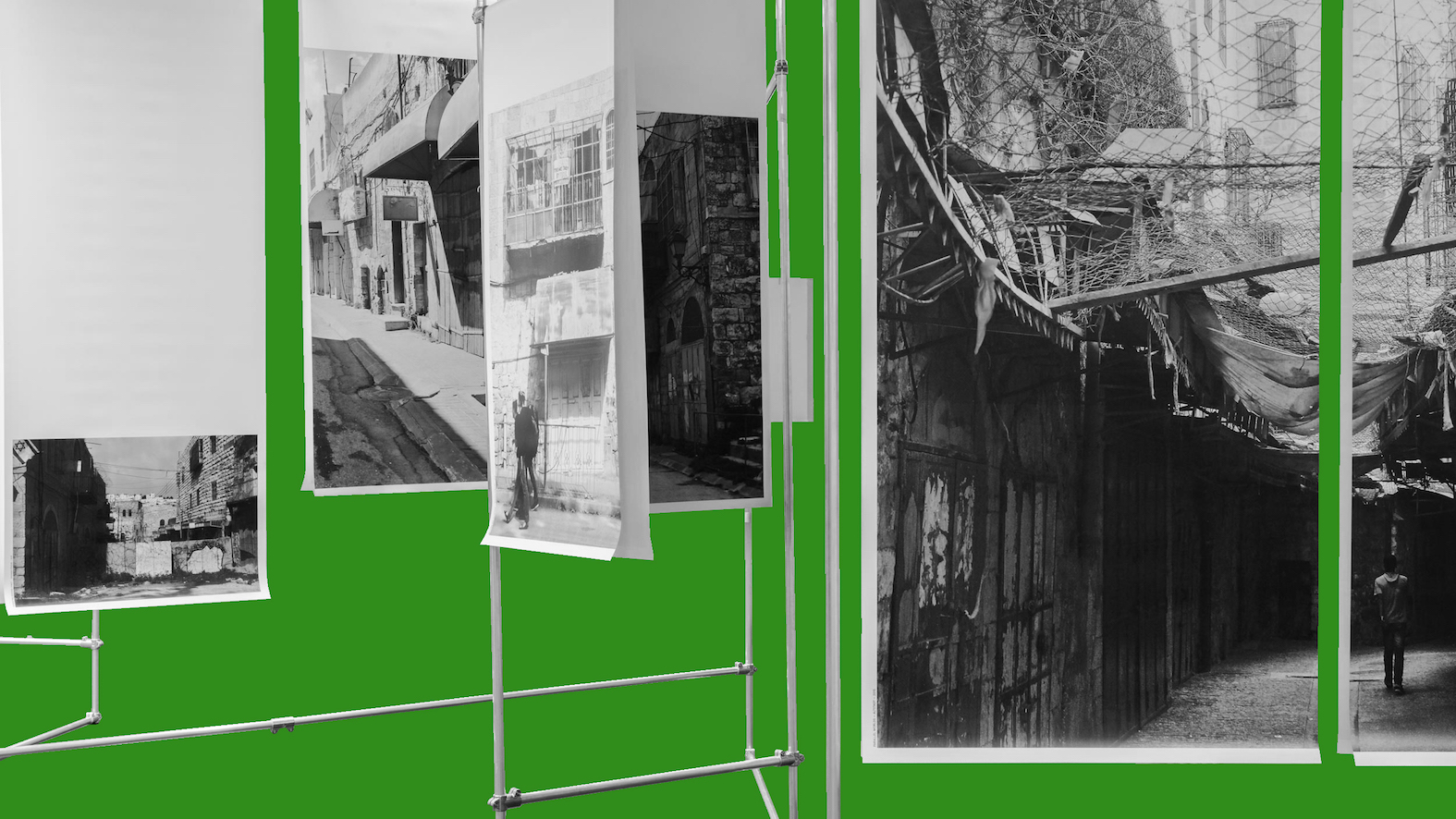 Hebron is the second largest city in the West Bank in Middle East, where the situation of the Palestinian- Israeli conflict is constantly critical.The city center is incapacitated since a few years as settlement behaviour makes it difficult for the inhabitants to move unrestricted through the tightly controlled area. Hence the occupants are living at a permanent risk to be involved in an attack, living a life far away from normality.The Palestinian organization ‚Youth Against Settlements‘ created some short movies andphotographic, which works together with young activists document the life under occupation as well as nonviolent resistance. In Germany the project is coordinated by the Organisation KURVE Wustrow, whose employees perform civil peace service in the occupied palestinian areas. (more…)

The philosopher Jean-Paul Sartre once said:
„While they believe it is a person, their world is transformed.
Objects now partly escape them; they have aspects that belong to the other person, and that are thus unknowable to them. During this time one can no longer have a total subjectivity. The world is now the other person‘s world, a foreign world that no longer comes from the self, but from the other. The other person is a „threat to the order and arrangement of your whole world…Your world is suddenly haunted by the Other‘s values, over which you have no control.“ Jean- Paul Sartre „Being and Nothingness“, 1943 (more…) 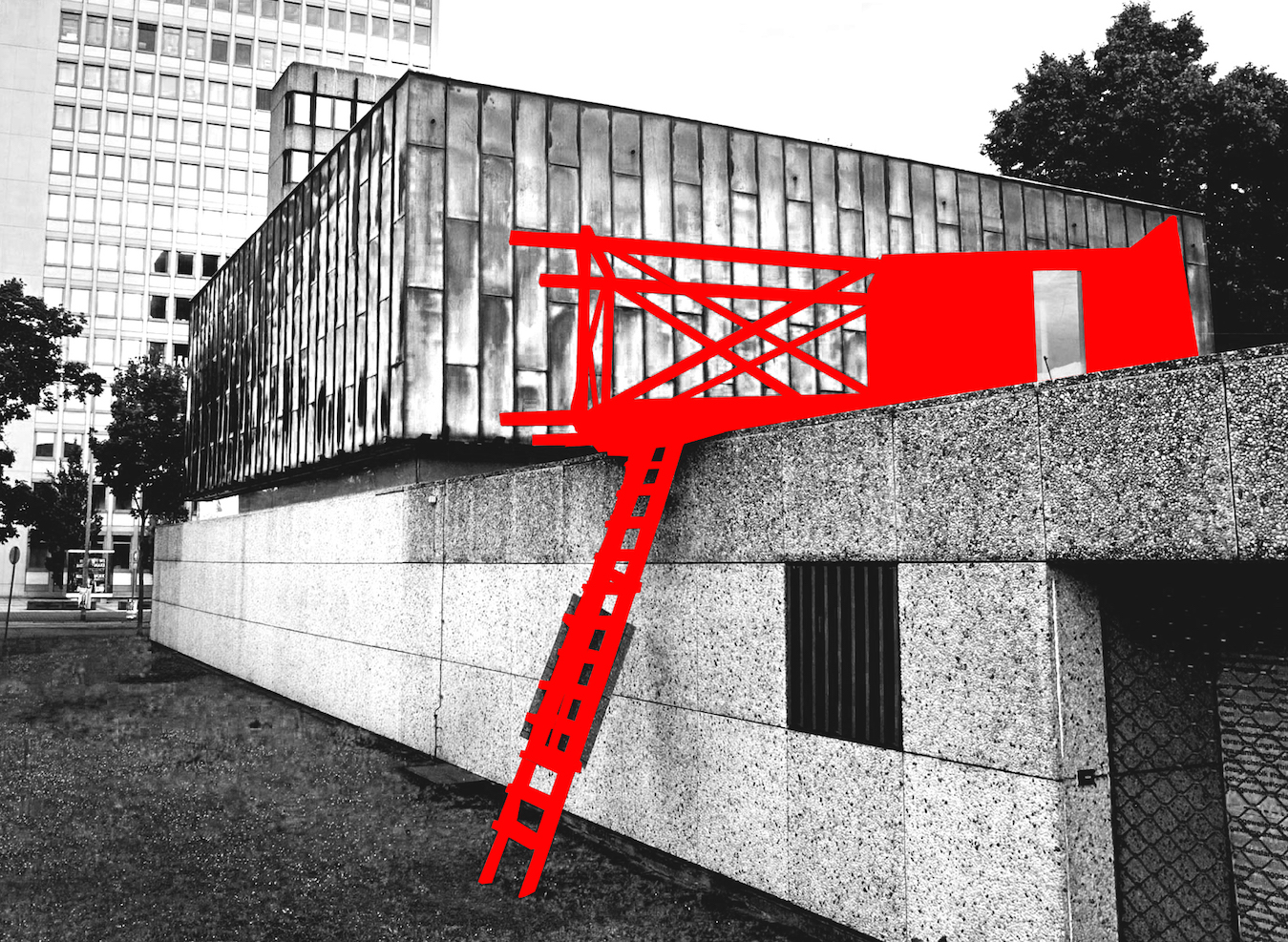 „Theater der Welt“, taking place every three
years, is seen as one of the most significant
international theatre festivals in Germany.
During this event there are presented many new
performative ideas and innovative plays on stage.
In summer 2014 the festival took place in the
city of Mannheim under the lead of Matthias
Lilienthal.Thus, in advance to the festival the
architectural office ‚raumlabor‘ announced a
competition,looking for 20 temporary hotel room
designs, that should serve as a unique overnight
accommodation for the festival visitors. Our
installed sleeping place was to allow an unusual
perspective on Mannheims urban space. (more…) 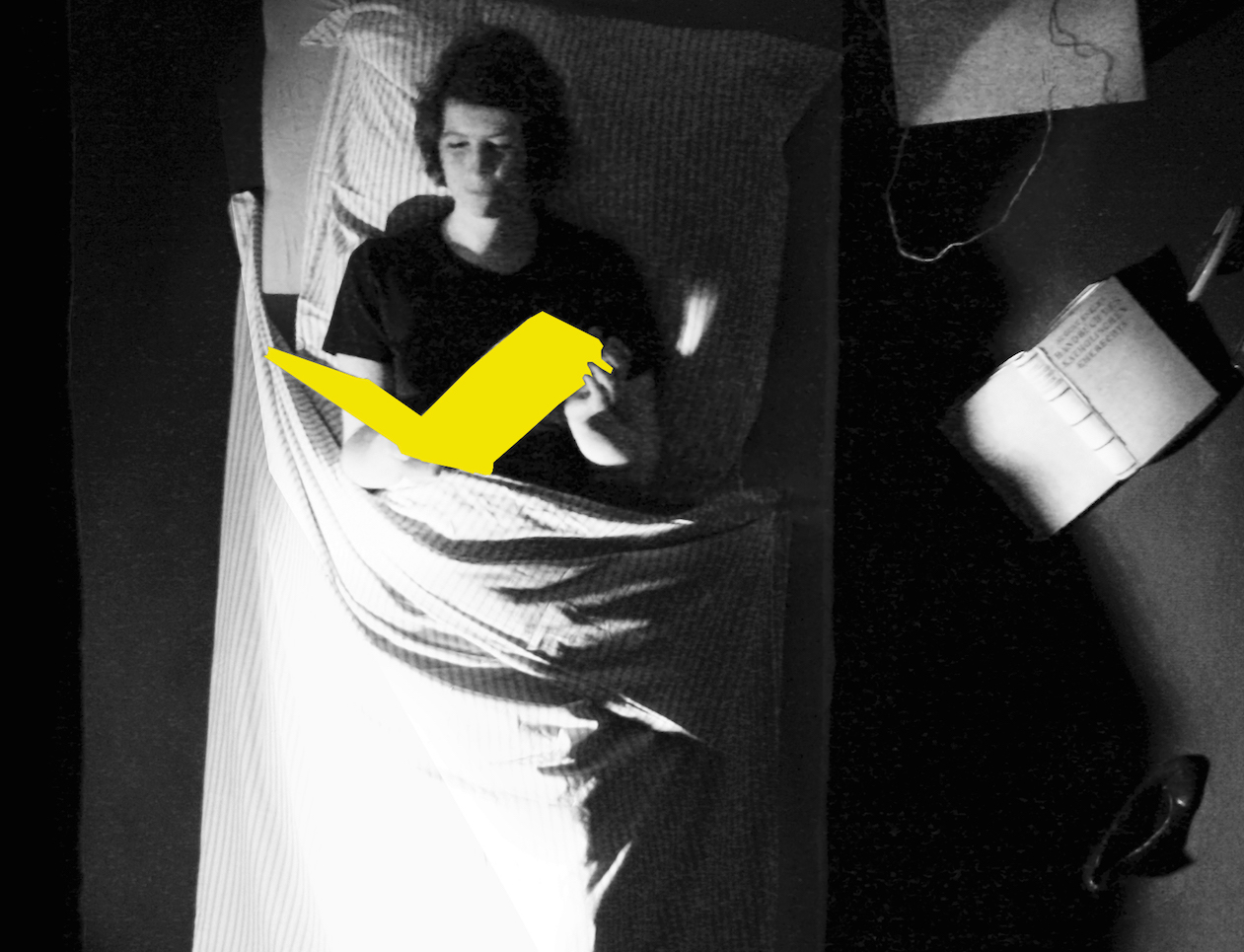 During the literature festival in Karlsruhe
students from the KLAK seminar presented
their own fictional literature. The idea is
to present a public reading in a more vivid
way by adding adjustable stage designs, that
should be flexible and easily transformable,
so that in each floor up to three different
scenarios could be possible, that were supposed
to reveal the atmoshpere of the text.
In 2014 and 2015 Prof. Steffan Krass hired a few
szenography students to interprete the literature
and create small stage designs fitting to the
main motive of the texts. (more…)

Destruction creates space for new things.
Our group of HFG Students discoursed two
semesters on the topic deconstruction.
First the modern part of the „Kunsthalle
Mannheim“ was analysed for placement of
explosion points together with a demolition
expert, as the building was about to be
demolished in 2015. Referring to this topic
after the first semester an article was
published in Germanys first architects
magazine, the „Bauwelt“, where we visualized,
where some students visualized the results.
The final event was a one-week-performace
dealing with the theme complex of
‚disappearance‘. (more…)

Exflexion is a project about transformation from body into an object and other way round involving a performative, choreographical reshaping by movement: Exflexion. Imagine you were able to camouflage into your
surroundings. Imagine you were able to hide if you suddenly felt uncomfortable moving through public space.
Imagine you had a dress which you just needed to liftand it would make you invisible for the moment. (more…)

In summer 2013 the city marketing of Karlsruhe
invited the HFG to join the 298th
birthday of the city to create a project called cityrooming-
Our student team designed, constructed and installed „Lecker
(German for ‚tasty‘) to Go“ – a food stand in a tent, where
children were supposed to carve pipes out of carrots or jewellery
out of other vegetables. The idea was to get children more enthuiastic
about healthy food. (more…)